Draexlmaier to open a new factory in South Romania 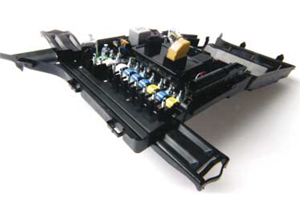 Vibac started the construction of a new factory in Serbia

The German car parts manufacturer Draexlmaier announced its intentions to open a new factory in the city of Pitesti, southern Romania. The facility will produce components and wiring for the automotive sector and will open 500 new jobs, the company disclosed.

Draexlmaier has been operating a total of five factories in the country, employing over 14,000 people altogether. The company started its business in Romania in 1993 and is currently one of the main car producers in Eastern Europe. "The decision to extend our business in Romania is natural given the positive experiences we have enjoyed here over the last 20 year," an official press release says.

Many global automakers such as Renault and Ford develop extensive business and production networks in the country. The French manufacturer produces the Dacia model at a plant in Mioveni. The plant sold over 350,000 cars last year in Romania and abroad. Ford manufactures its B-Max model at the Automobile Craiova plant, where it builds 370 vehicles and 1,000 engines a day.