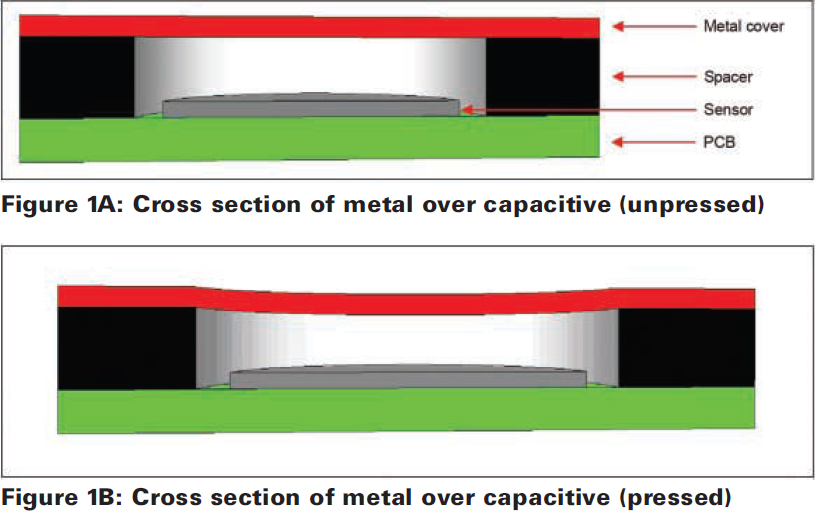 Touch-screen and touch-panel interfaces have rapidly assumed the position of input-medium-of-choice in a wide variety of application spaces, driven to a large extent by the success of portable products such as Apple’s iPhone and iPad. Touch-driven interfaces have a long history prior to the current phase of widespread acceptance in the consumer electronics space; a wide variety of sensing technologies, and a great deal of ingenuity, have been applied to the problem over many years. Today’s explosive growth in touch-based products has lead to consumer-product reviewers and, even, the consumers themselves, pronouncing on the superiority of capacitive over resistive technologies.

Capacitive touch has many advantages: it is low power, low cost, simple to implement, mechanically reliable, and it allows product designers a great deal of freedom in matters such as shape and placement of buttons, sliders, and the other control formats that have become ubiquitous. In fact, there is a plethora of capacitive sensing approaches for designers to choose from, all differing in the detail of the techniques they employ, and all sufficiently different that their respective vendors can assert patentable rights over them.

In all cases, however, the field-effect nature of capacitive touch sensing still imposes some limitations, irrespective of the detailed implementation. Standard capacitive touch systems do not normally work through metal; and the technique demands special software - in effect, signal-processing of the sensor data - in order to maintain operation in environments with radiated and/or conducted noise. This is a far-from-trivial point when the touch interface paradigm moves beyond the "cool-gadget" context and into mission-critical industrial control or medical applications. Some other limitations of capacitive technologies include limited ability to correctly detect a touch in the presence of water or other contaminants, or if gloves (especially heavy protective gloves) are worn; and the fact that when the location of a button is only delineated graphically, a problem is created for visually impaired users who rely on Braille.

Detecting panel flexure
A new technique that adapts proven detection circuitry techniques with a simple, novel physical construction, overcomes all of these limitations without compromising power consumption or design simplicity. With the Metal Over Cap approach, all of the circuitry is safely concealed behind a panel - usually, the front-panel of the product itself - yet it retains sensitivity to touch and immunity to false input-detection.

In a traditional capacitive system, the user changes the value of a capacitance by placing their finger in close proximity to the sensor. The user’s finger becomes part of the sensing capacitor, either forming the second plate of the capacitor, or changing the dielectric properties around an existing double-plate device. The change in value is detected by a variety of circuit techniques: for example, one elementary method is for the sense capacitor to set the frequency of an oscillator, and the altered capacitance shifts the frequency by a measurable amount.

In contrast to arrangements that use the touching finger directly as a capacitor plate, the Metal Over Cap touch system uses a conductive target, suspended over the capacitive touch sensors, to form the second plate of the capacitor. When a user applies pressure on the target (panel), the resulting deformation of the target moves it closer to the capacitive sensor. A practical design requires a change in capacitor-plate spacing - and of capacitance, as capacitance varies inversely with distance between plates - of 6% or more. The change in capacitance is then measured by a microcontroller. Figure 1A shows the basic construction of a typical metal over capacitive touch sensor, and Figure 1B depicts the deformation due to a user’s press.

The design of a successful Metal Over Cap device, and selecting appropriate materials and dimensions, involves balancing a number of factors. The material from which the panel is constructed must be thin and flexible enough to deform under a touch or light press; however, the configuration is sensitive to very small physical deformations, and this requirement is readily met.

The material should be resilient and should only deform within its elastic limit, up to the anticipated maximum applied pressure, so that it returns to its "flat" condition after pressure is removed. Other considerations include the size of the buttons (or other control objects) and their separation, the adhesive system used to bond the spacer and target layer to the PCB, and the thickness of the spacer layer. Spacing between buttons is important in order to minimise movement on the sensors adjacent to the one selected.

Button size, layout and separation is important to minimise the panel deflection over the sensors adjacent to the one that is pressed, bearing in mind that in an application where hands may be gloved, the touch might not always be centred on the target. Factors that affect how the buttons interact include the elasticity of the target material; and the adhesion of the adhesive used to bond the target to the spacer. If the target is too stiff and the adhesive is elastic, then a force applied to button A will cause the target over sensor B to lift. A practical constraint for panel design is that the spacing between buttons should be at least one-third to one-half of the diameter of the buttons themselves; and, with the very wide range of materials that are usable for both panel and spacer layers, designers should work closely with the manufacturer of the adhesive to select a suitable system.

Design of the spacer layer itself is one further consideration; the designer is attempting to achieve flex in the target layer or panel, while avoiding any movement in the PCB carrying the fixed capacitor plates. As well as maintaining the required gap, the spacer layer has to be rigid; PCB material (FR4), or some other non-deformable plastic film, can carry out this task.

Electrical Design
Detection of the shift in capacitance can employ a number of techniques similar to those used in other capacitive touch sensor architectures. Microchip offers two systems, both of which work well with the Metal Over Cap construction. In the Capacitive Voltage Divider (CVD) approach, the sensor capacitance is connected in parallel with an analogue/digital converter’s sample-and-hold capacitor; the change in touched vs. untouched capacitance appears as a voltage shift at the ADC’s input and is converted to a digital value. The Charge Time Measurement Unit (CTMU) technique uses a constant-current source and measures the capacitance via its charge/discharge curve. In both cases, full software is available to incorporate into microcontroller coding.

Both detection techniques yield a shift of 60-100 counts in a 12-14 bit result, for a 6% capacitance change. This is sufficient to provide a well-discriminated touch detection, although care is needed in design of the system to reduce both mechanical and electrical noise. AC and DC grounding of the target layer, screening of the sensing PCB, careful routing of connections, and good practice in the selection of bypass capacitors, will result in a robust design.

Conclusion
The combination of a deformable panel/target layer and the low power and simplicity of capacitive touch detection create a powerful combination: challenges associated with operation in the presence of water and noise are eliminated, the proximity-trigger effect is replaced with actuation according to the designer’s exact specifications, and the system retains the low-power operation of capacitive touch.