Daimler expands its production in Romania 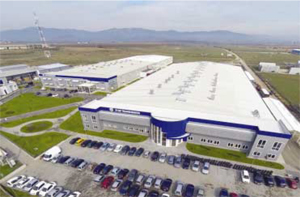 The global automotive giant Daimler announced it has officially initiated the construction of a new assembly plant in Sebes, Romania. Through this large-scale investment project, worth over 300 million euro, the carmaker will expand the Mercedes-Benz in the country production by developing additional capacities for transmission assembly.

The new Mercedes-Benz 9G-TRONIC nine-speed automatic transmission will be assembled there. The project, operated jointly with the local subsidiary Star Transmission, will be fully implemented by 2016 and will open 500 more new jobs, the company disclosed in a press release.

"The additional assembly capacities in Sebes supplement our production operations at the Mercedes-Benz Unterturkheim plant optimally. They also are an important contributing factor in the economics and the flexibility of our international production network of Mercedes-Benz. With this set-up we will successfully satisfy the continuing increase in demand for automatic transmissions.", said Markus Schafer, Divisional Board Member Mercedes-Benz Cars, Production and Supply Chain Management.

"The expansion of the Sebes location and the connected further investments of Daimler underline that we are on a good way in Romania and have created an attractive investment climate. With this, we aim to further extend our position as an important automotive manufacturing location in Europe and to create further new jobs", Victor Ponta, Prime Minister of Romania stated at the official ground-breaking ceremony.