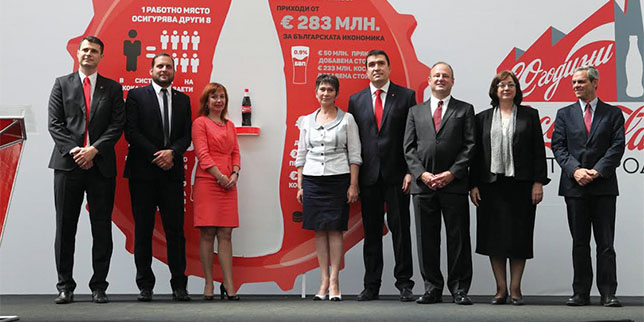 The Bulgarian unit of Coca-Cola Hellenic Bottling (HBC) is investing 20 million euro by the end of 2018 in the expansion of its factory in Kostinbrod, near the capital Sofia, the company announced. It plans to construct a water main to the town in order to improve the facility’s operations and its production capacity. The project is expected to improve the working capacity of the factory with 30%, Svetoslav Atanasov, CEO of Coca-Cola HBC Bulgaria, said in an official statement.

In 2018 the global brand celebrates its 25th anniversary on the Bulgarian market. The new investment is another step aimed at strengthening the company’s business in the country after it decided to relocate all its Finance and HR working places from Weimar, Germany to Bulgaria.

During its 25-year development in the country HBC has invested in the local market a total of 550 million euro. The company employs about 2000 workers. ""The aim of the new investment is to make the Sofia-based manufacturing plant a regional center and to export production to other countries in the region and to more distant countries"", Sofia Invest Agency concluded.