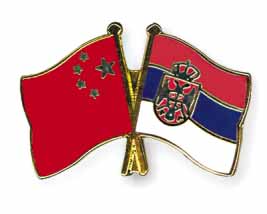 Chinese private sector investments into Serbia have failed to keep pace with the large-scale infrastructure deals signed between the two countries. However, the commercial relationship between the pair is on the verge of a sea change, with the Balkan country increasingly seen as a potential manufacturing hub.

Despite excellent political relations, private sector links between China and Serbia have flagged in recent years as the crisis tightens its grip on the Serbian economy. However, the resultant high unemployment and low wages are likely to be the key to a future upturn in Chinese investment.

Aside from the government-led infrastructure deals, probably the largest investment into Serbia from the Asian emerging giant to date is the China Trade Centre Zmaj, a wholesale trading centre in Belgrade built with an investment of just USD 35 m. Chinese telecoms companies ZTE and Huawai have also entered the Serbian market, but at a limited size.

However, the once healthy trade in Chinese consumer goods has actually declined since the onset of the crisis. Previously, shops selling cheap Chinese products had mushroomed across Belgrade. Selling a mixed bag of goods from clothes and kitchen equipment to paper lanterns and novelty ashtrays, they were fed from the massive Chinese wholesale market hosted in a warehouse in New Belgrade known as Block 70. Now, with a strong yuan and a weak dinar, Chinese goods are no longer so cheap, and many of the outlets have been forced to close down.

Within this dynamic, new opportunities are starting to emerge. Beijing’s recent changes to labour laws and the strong yuan have increased costs, and companies based in China, once the low-cost manufacturing workshop of the world, are now looking for cheaper locations to manufacture abroad.

Factories are already opening in Asian locations such as Indonesia and Vietnam, but with salaries in southern Serbia now only slightly above those in China, the Balkan country can offer added benefits. Factories in Serbia would have the advantage of easy access to the EU, Southeast Europe, Turkey and the Customs Union of Russia, Kazakhstan and Belarus, with which Serbia has a free trade agreement. With unemployment reaching 23% in 2011, and affecting both blue- and white-collar workers, there is no immediate prospect of an increase in salaries, and some predict an investment boom from Chinese manufacturers.

"I expect to see small-scale investment to fall, but large- and medium-sized investment to grow," forecasts Ivana Kopilovic of Belgrade-based law firm Kopilovic and Knezevic, who says that Chinese manufacturers have already started scoping out the Serbian market, a development confirmed by the Serbia Investment and Export Promotion Agency (SIEPA). "I expect medium-sized Chinese investors will start to come to Serbia, for example importing materials and manufacturing goods here for export to the EU and Russia. We have seen similar steps taken by European companies such as Fiat who want to take advantage of low labour costs in Serbia."

To date, Chinese investment into Serbia has followed a tried-and-tested model for Europe, with the only large-scale investment taking place being government-level infrastructure deals. Back in 2009, Chinese President Hu Jintao and Serbia’s recently-ousted president Boris Tadic signed a framework agreement under which China is expected to invest $1.25bn into the Serbian infrastructure sector over a 15-year period. The first project to go ahead was the construction of the 1.5km Zemum-Borca bridge connecting a pair of Belgrade suburbs across the Danube. China Road and Bridge Corporation (CRBC) started building the "Friendship Bridge" in July 2010.

China has also targeted the energy sector, starting with a $300m low-interest loan for the reconstruction of the Kostolac coal fired power station, with Chinese companies employed as sub-contractors. In the same sector, Environmental Energy Holdings and the Shenzhen Energy Group are in talks on developing the Nikola Tesla coal power plant, at an estimated cost of EUR 1.5 bn.

These infrastructure investments are part of the clear trend in recent years for Chinese capital, usually in the form of long-term soft loans, moving into countries across Southeast Europe. While the Balkan countries are not well endowed with natural resources, they are in need of infrastructure investment. As the Eurozone crisis deepens, China has also become an increasingly attractive source of finance for southeast Europe.

For Beijing, the benefits are both financial and political. There is speculation that China is wooing Serbia not just as the largest Balkan economy, but as a country just a few years away from EU membership. Given the strong political relationship between Beijing and Belgrade, establishing an economic foothold would give China an even stronger bond with a sympathetic ally within the EU.

Building such strategic alliances has been a key part of China’s foreign policy. "China spends a lot of time on building relationships even with relatively small countries, because it sees the importance of such alliances in a world overwhelmed by US influence," says Kerry Brown, head of the Asia programme at Chatham House. "However, things are changing, as China has leapt from part of the developing world to a major world power, at the same time becoming more arrogant and status conscious."

However, with several major projects in the pipeline, and China promising to invest EUR 10 bn in the CEE region (including Serbia) in the near-term through soft-loans, most forecast Serbia can expect an upturn in investment from China. "Serbia is a perfect fit, as it sees foreign investment as the main driver of its economic development in the near future," argues Dragan Pavlicevic, a research associate at Nottingham University’s China Policy Institute. He points out that "now-departing Foreign Minister Vuk Jeremic suggested recently that China may become the biggest foreign investor in Serbia ’within a year or two".