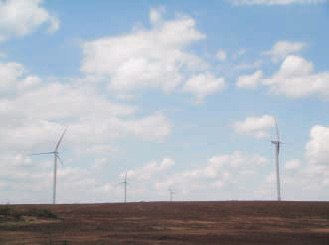 Czech power group CEZ stated that it signed a contract with General Electric to supply wind turbines for its 600 megawatt, EUR 1.1 billion project in Romania -- the largest of its kind in Europe.
The planned two-stage wind farm will be around twice the size of the next biggest onshore wind farm in Europe and marks one of the largest recent foreign investments in European Union newcomer Romania.
Just over half the wind park is expected to come on line in 2010 and the rest a year later. GE is supplying the turbines for the initial stage. GE will also supply 101 turbines for the second stage of the project that will generate 252.5 MW of the farm’s planned total output. This is an important move, since Eastern Europe, which relies mainly on coal and nuclear energy for its electricity production, is lagging behind its western neighbours in meeting EU renewable energy goals.