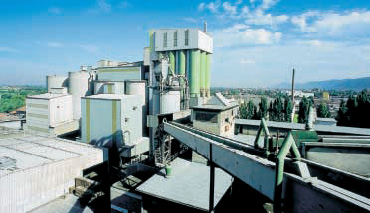 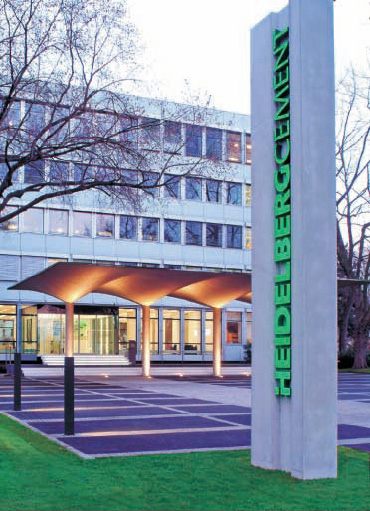 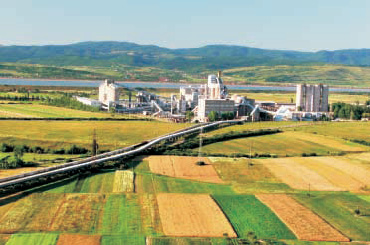 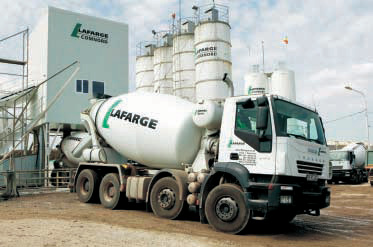 Romania is experiencing strong economic growth with rising cement consumption as a result of investments in infrastructure and residential construction. Foreign investment worth billions of Euros, an output of millions of tons per year, an almost 30 per cent rise of production and turnover and millions invested in environmental protection every year, these are the landmarks of the market and implicitly, of the cement industry in Romania.
The Romanian cement market is dominated by three of the main world producers, Heidelberg Cement from Germany, Holcim from Switzerland and Lafarge from France. The three companies, having in Romania a few cement factories each and approximately equal market shares, have obtained increasingly better results every year, against the background of a massive demand for building materials over the last years, due to the large number of announced real estate and infrastructure projects. The representatives of the three companies say that by 2012 the market might reach a volume of 18-20 million tons, worth over 2 billion euros.

HeidelbergCement is the global market leader in aggregates and a prominent player in the fields of cement, concrete and other downstream activities, making it one of the world’s largest manufacturers of building materials. The company employs some 57,000 people at 2,600 locations in around 40 countries.
In 2008, Group turnover amounted to approximately EUR 14 billion and the Group share of profit reached EUR 1.8 billion. The core activities of HeidelbergCement include the production and distribution of cement and aggregates, the two essential raw materials for concrete.
HeidelbergCement has been presented in Romania since 1998. The German group invested in Romania over 350 million euro in its local branch called Carpatcement. "We are the market leader in Romania and one of the largest German investors in this country. Our activities in the production and sales of cement, ready-mixed concrete and aggregates are well located in the country, around Bucharest and other important cities and industrial areas", stated from the company.
HeidelbergCement operates three cement plants: Bicaz, situated in the northeast part of the country; Deva, located 400 km Northwest of Bucharest; and Fieni located within the vicinity of the capital Bucharest. All HeidelbergCement cement activities in Romania are managed by the company Carpatcement Holding S.A., located in Bucharest, and the cement produced by all three plants is sold under the "CARPATCEMENT" brand. Carpat Beton, the holding company, operates 15 ready-mixed concrete plants, located in Bucharest, Timisoara, Ploiesti, Iasi, Brasov, Pitesti, Bacau, Oradea, Suceava, Craiova, Constanta, Targu-Mures and Cluj. Through a combination of the latest technology, competitive production technique and excellent logistics, Carpat Beton is one of the most important ready-mixed concrete producers in the Romanian market.
The aggregates division of HeidelbergCement in Romania, Carpat Agregate, operates 14 plants in the southcentral part of the country, with a strong focus on the Bucharest market. The company is the market leader in the production of aggregates, focused on products related to cement business.

Holcim Romania SA is part of Holcim Group, one of the world’s leading suppliers of cement, ready-mixed concrete, as well as aggregates (gravel and sand) and constructions-related services. The company owns and operates three cement plants, one cement terminal, sixteen environmental-friendly ready-mixed concrete plants, five aggregates plants, and two special binders plants.
Holcim Romania holds cement plants in Cluj county (centre), in the county of Arges (south) and Bihor county (west).Holcim Romania was channeled in a number of projects related to acquisitions, modernization of production technology, environment care, business development, occupational health and safety conditions, social projects and human resources. The most important project of the company took place in Campulung, where Holcim Romania invested during the period 2005-2008 approximately EUR 120 million in the modernisation of the cement production line. In 2007 Holcim, Romania registered a turnover of approximately 290 million EUR, as compared to EUR 220 million in 2004. In 2008 Holcim (Romania) continued to invest some EUR 135 million in a series of projects regarding further modernization of the production technology, environmental protection, business development, occupational health and safety, social projects and human resources. Holcim, Romania planned for 2009 to invest approximately EUR 33 million in production extension projects, the most important focusing on the finalization of the warehouse and ordering center in Campulung, as well as the cement terminal in Bucharest.
The Holcim Group has produced cement, ready-mixed concrete and aggregates since 1912. In almost 100 years, the company has evolved into one of the world’s leading suppliers of construction materials and is present in more than 70 countries on all continents. The main products of the company are cement; concrete (Holcim Romania produces concrete mixtures in 16 performant, automatized, environmental - friendly stations and transports the concrete to the constrution site); aggregates (Aggregates, such as gravel, stone and sand are the basic raw materials of concrete. In Romania, there are 5 Holcim stations that produce and supply aggregates). The production line also includes road binders, which are complex combinations of active and latent hyraulic compounds, natural and artificial puzzolanic and inert materials, produced in the special mix stations of Holcim Romania and limestone, exploited in three limestone quarries: Sandulesti (Cluj County), Subpiatra (Bihor County) and Mateias (Arges County).

Lafarge in Romania
Lafarge acquired the main package of Romcim, the biggest Romanian cement producer, holding four cement plants, in November 1997 . The price was 200 million USD for 51%. One year later, after a public offer of acquisition, Lafarge becomes the major shareholder owning almost 92% of the company. This move demonstrated at that time that Lafarge trusts the perspective of growth for Romanian market on the long term. This is coherent with the development of Lafarge in other countries of Central Europe. In 2003, applying the Ordinance No.28/2002, the company increased its ownership at 98,5% rising the total capital investment at about 260 million USD.
At the beginning of 1998 Lafarge Romcim started an ambitious investment program. One of its priority objectives was technology modernization and environment protection. The goal was to raise the productivity level to the best group standards.
The French Lafarge Group has invested over 350 million Euros in Romania and owns three factories in Medgidia (Constanta county, south east), Hoghiz (Brasov county center) and Targu Jiu (southwest), respectively.
Lafarge headquarters are located in Paris, France. The Group, present in 79 countries, orients the development of its businesses towards fast-growing markets, notably in Asia and Middle-East.

Romania’s cement markets loses 285 million euros of its value
The value of the cement market of Romania dropped by about 43% in the first quarter of 2009, to some 375 million euros, compared with the same time last year, when consumption stood at 660 million euros, ZF has calculated based on the data supplied by the cement industry.
The drop was caused by a 28.8% decline in local output sold, but also by the about 15% price drop in euros. Whereas the tonne of cement sold in bags stood at 500 RON (135 euros) including VAT on the average in manufacturer’s price last year, this year the price has gone down to 450 RON (107 euros) including VAT.

If emission certificates are to be bought by bidding, production will be relocated
"Cement industry in Romania could disappear if the carbon dioxide emission certificates will have to be purchased by bidding, as producers will have to relocate to other states, which do not have the mandatory quota of pollution", stated the management of Carpatcement Holding.
"The challenge will appear in 2013-2020, when the problem is that everybody will have to bid (for the acquisition of emission certificates, ed.n.), that would be a great calamity for the cement industry", said the General Manager of Carpatcement Holding, Mihai Rohan. Rohan said that over the past ten years, in Romania, the cement factories had reduced pollutant emissions by 30% and would be able to reduce them by maximum 10% more.
"Nobody asked money for CO2 from others," said Rohan. If emissions certificates are to be purchased by companies in the cement industry by bidding, 5,000 jobs will disappear from Romania, as well as 15,000 other jobs in activities adjacent to this industry. According to Rohan, Romania will have to spend 1.5 billion euros for imports of cement for construction, and the state budget will lose about 400 million euros in taxes and fees. Similarly, 1.5 million tonnes of waste, annually consumed by companies in the cement industry, will remain unused. According to ROHAN, three studies elaborated at European Union level showed that, by the obligation for each company to buy its emission certificates by bidding, the whole European cement industry would be relocated. In Rohan’s opinion, this will mean an increase of pollutant emissions generated both by the production of cement in states that pollute heavily, and by its transport to other markets.
"Should we have to bid, the CO2 ton would reach 20-30 euros. Three studies at European level have shown that if all the certificates are bought, the entire cement industry in the EU must be relocated, everyone will consider producing in other countries, which means that CO2 emissions will increase, because CO2 from China or India will also appear", he said.