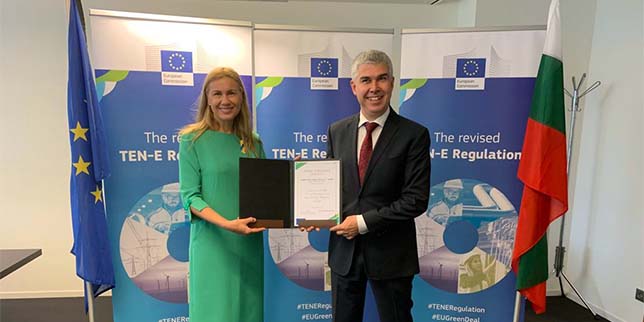 Bulgartransgaz and the European Climate, Infrastructure and Environment Executive Agency (CINEA) have signed Grant Agreement for co-financing of the UGS Chiren Expansion Project. The signing of the agreement was marked at an official ceremony in Luxembourg on 27 June within the framework of the EU Council "Transport, Telecommunications and Energy". The Executive Director of Bulgartransgaz Vladimir Malinov received the agreement from the European Commissioner for Energy Ms Kadri Simson.

INGAS 2019 was held under the motto “Common Energy, Common Future

In 2021, the European Commission included the Chiren UGS expansion in the 5th list of projects of common European interest, and on 27 January 2022 it announced that an agreement had been reached among Member States on funding the project under the Connecting Europe Facility (CEF).
According to the grant agreement for the implementation of the project, co-financing of up to about EUR 78 million is granted under CEF. The project aims to increase the natural gas storage capacity to up to 1 bcm and the daily withdrawal and injection capacities to up to 8 – 10 mcm/d.