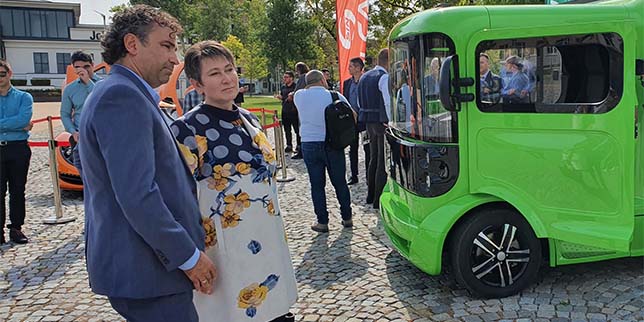 Bulgarian electric vehicle manufacturer Sin Cars Industry plans to start mass production of its L CITY light truck model next year. It is expected the company will produce up to 20 000 units annually. The innovative L CITY model features built-in photovoltaic panels, which recover up to 20% of the battery capacity on a sunny day, so that the electric truck can run 250 – 300 km, said Sin Cars CEO Rosen Daskalov during a presentation of the vehicle in Sofia.

Development of the model began in 2018. The design, prototyping, testing and vehicle parts production phases all take place in Bulgaria, while the assembly will be based in Munich via the subsidiary L CITY Automotive GmbH. Daskalov said that the motives behind that decision were the comparative ease of entry into big markets from Munich, as well as the direct contact with Bavarian automotive specialists. He added that the company has developed a similar platform for the manufacture of electric buses and bigger e-trucks.