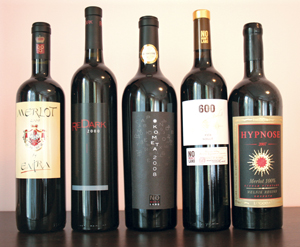 Bulgaria ranks among the most prolific world’s wine-producing nations. The country has a long history of viticulture and also is gradually finding its identity as a modern wine-producing nation, discovering new grape varieties and styles. Nowadays, the wine sector is the most competitive sector in the Bulgarian food and drinks industry and plays a very important role in the economy.

Also, the wine contributes to the progressive development of rural areas and less fertile areas, to maintain the ecological balance and to encourage the orderly and efficient use of natural resources.
There are vineyards on most regions of Bulgaria. For administrative and geographical reasons, the vineyards are divided in five regions.

Every region has its own special characteristics and specialties which differentiate them form the others: Central: The mountainous regions of Bulgaria are fertile enough for the cultivation of grapes especially for the production of red wines. Cabernet and Merlot varieties are dominant; Eastern: In the Eastern region many of the white wines of Bulgaria are produced.

In the region thrive special grape varieties, thanks to the temperate climate which exists in the Black Sea shores. Wines such as Khan Krum and Varna are among the most famous wines produced in the region; Northern: In the northern regions of Bulgaria, red wines are produced such as Russe, Suhindol and Svishtov; Southern: In the southern regions of Bulgaria there is cultivation of wine grapes for the production of Assenovgrad or Plovdiv; Southwestern: The Mediterranean climate of the southwestern region allows the production of some of the best red wines. The most popular wine of the region is Melnik.

There are more than 25 varieties of white and red Bulgarian wines with a protected designation of origin and a protected geographical indication. About 80% of the total production is exported abroad. The major markets are the Western European countries, Russia, Poland, Romania, the USA, Canada and Japan.