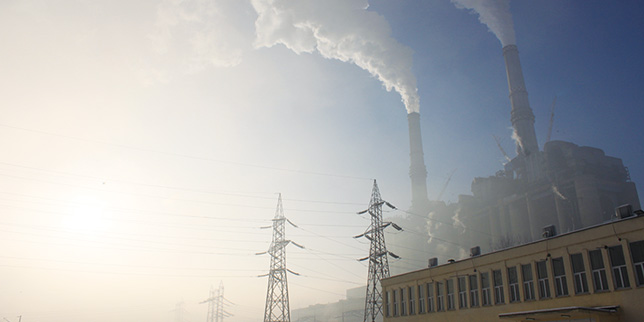 Mitsubishi Heavy Industries and Hitachi will help Bosnia and Herzegovina in the reduction of gas emissions and meeting EU norms. The country’s 300 megawatt (MW) coal-fired power plant Ugljevik has signed a EUR 79 million euro deal with the consortium Mitsubishi Hitachi Power Systems. The project itself will be financed by the Japanese International Cooperation Agency (JICA).

The deal regards the installment of flue gas desulphurisation equipment that will help reduce the emission of SO2 from its current level of around 16,000 milligramme per cubic metre (mg/m3), which is 60 times more than the level required by the European Union (EU) regulations, to 250 mg/m3, revealed the project manager Zlatko Malovic. The project itself was officially started during the summer of this year and is expected to end in early 2019. After the operations are finished the lifespan of the plant will be increased by 25 years.

Bosnia’s second-biggest power utility Elektroprivreda RS is in charge of operation the Ugljevik power plant, which generates 8 percent of the country’s total electricity.

Reuters data reveals that in 2009, the plant generated 1559 GWh of electricity and consumed a total of 1,3 million tonnes of coal. The following year it was closed for extensive upgrading, after which its combined heat and power generation capacity became 300 MW.

Ugljevik’s cleaner production initiative is an answer to one of the various EU requirements for Bosnia’s admission to the union. The country formally applied for membership in February this year and must carry out a series of reforms before the application can be considered. Therefore, in line with the EU-wide Industrial Emissions Directive (IED), the coal power plants face tighter pollution rules from the beginning of 2016.