Bosch Group is expanding its presence in Turkey 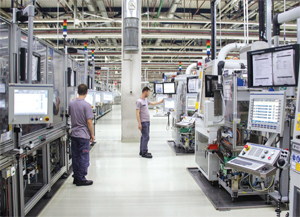 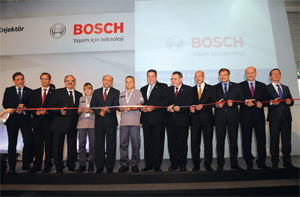 Over 30 years of PCB production know-how from ODAK

The Bosch Group is further expanding its presence in Turkey. Between 2013 and 2015, the international technology and services company will be investing some 300 million euros in the extension of its existing location in Bursa, 90 kilometers South of Istanbul.

By the end of this year, Bosch intends to create around 500 jobs there. High-pressure injectors for diesel passenger cars will be manufactured in the new production hall, primarily for European automakers.

"By making this investment, Bosch is demonstrating its confidence in the Bursa location, which is characterized by the dedication of its associates and the outstanding quality of its operations," said Steven Young, the Bosch Group’s representative in Turkey, at the opening of the new production facility.

The new 6,000-square meter hall will house production of the CRI2-20 diesel injector, which can inject fuel at pressures of up to 2,000 bar. The pressure generated is equivalent to what an elephant would exert standing on a fingernail. The higher pressure reduces emissions as well as fuel consumption. This allows the fulfillment of the more stringent requirements of the Euro-6 emissions standards, which come into force in September 2014 for all new vehicles sold in the European Union. From 2016, equivalent emissions standards will apply in Turkey as well.

Bosch already supplies injectors manufactured in Bursa for a quarter of all diesel cars produced in Europe. In addition, products such as gasoline injection systems and components for drive and control technology are manufactured at the Bursa location. The location has already been recognized numerous times for its outstanding quality. Among other things, it has already received the European Foundation for Quality Management’s (EFQM) prestigious "Best Company in Europe" award twice.

Bosch has been present in Turkey since 1910. All four Bosch business sectors - Automotive Technology, Industrial Technology, Consumer Goods, and Energy and Building Technology - have operations in the country. The first Bosch plant in Turkey was in Bursa, where production of diesel injection components was rolled out in 1973.

Since then, the plant has been expanded several times, and the floor area of its manufacturing operations has grown to more than 200,000 square meters. Today, Bosch has eight locations in Turkey. In 2013, the company generated sales in the local market of some 510 million euros with a workforce of roughly 8,200 associates. Including all exports, particularly to EU countries and Asia, the Bosch companies in Turkey registered sales of three billion euros in 2013.

For the Bosch Group’s global operations, Turkey is now an important manufacturing and export location, and is growing in importance as a research and development location as well. As early as 2009, an engineering center for injection technology was established in Bursa.

In Manisa and Cerkeskoy, Bosch associates are also developing new products such as gas-fired boilers and household appliances. The company has spent nearly 70 million euros on R&D in Turkey over the last three years, and employs some 330 local engineers.