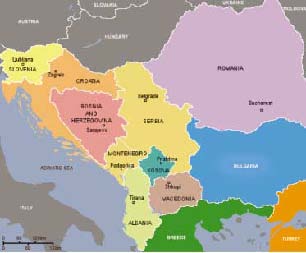 Bulgaria is the third best place in world for locating manufacturing

Many countries in the region been actively reforming their business environment, driven by the demands of the EU accession process and by a desire to attract foreign investment, says Valentina Saltane, co-author of the "Doing Business" 2013 report.

"Macedonia and Croatia are also two of the 20 top global improvers on doing business indicators," she added. The Doing Business report analyzes regulations that apply to businesses during their life cycles, including start-ups and operations, trading across borders, paying taxes, and protecting investors. The aggregate ease of doing business rankings are based on 10 indicators and cover 185 economies. Macedonia ranks 23 out of 185 countries listed in the report for the ease of doing business, followed by Montenegro in 51st place, Croatia in 84th place, Albania in 85th place, Serbia in 86th place and Kosovo in 98th place. Bosnia and Herzegovina is in 126th place. Saltane says the pace of reforms in the region over the past year varied from country to country, with Serbia being the top reformer followed by Bosnia and Herzegovina, which reformed the fields of getting credit, paying taxes and registering property.

Although most Balkan countries saw marked improvements in the indicators measuring the cost and complexity of regulatory processes, they still lag behind where it comes to institutional reforms.

"Most countries in the region made it faster and cheaper to open a business and/or to register property," Saltane noted. "However, the court case backlog remains significant, there are not enough trained judges, and private enforcement agencies are not widely used, so it still takes a long time to resolve insolvency and enforce contracts," she concluded.

"Over the years, governments have made important strides to improve their business regulatory environment and to narrow the gap with global best practices," said Augusto Lopez-Claros, Director, Global Indicators and Analysis, World Bank Group. "While the reforms we measure provide only a partial picture of an economy’s business climate, they are crucial for key economic outcomes such as faster job growth and new business creation."

In the past year alone, 108 economies implemented 201 regulatory reforms that made it easier for local entrepreneurs to do business, the report found. Eastern Europe and Central Asia had the largest share of economies implementing regulatory reforms-with 88 percent reforming in at least one of the areas measured by Doing Business. European economies in fiscal distress are working to improve business regulation as part of an effort to establish a stronger foundation for long-term growth, the report found.