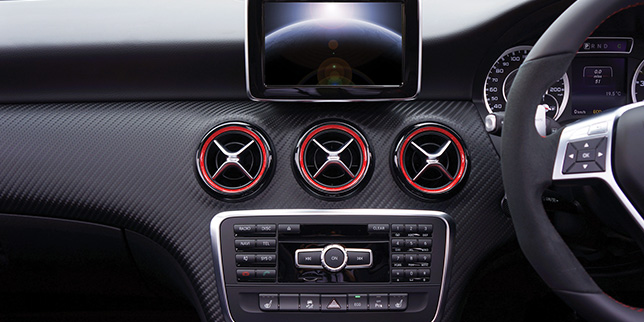 Bulgaria has managed to simultaneously have limited automobile production, yet emerge as one of the major automobile importing countries in the EU, importing both used and new automobiles. This somewhat of a phenomenon is outlined in one of Technavio’s latest report on the automotive industry in Bulgaria until 2020.

The global technology research and advisory company points out some of the most prominent emerging trends driving the automotive industry in the country, among which are the increased adoption of electronic devices in automobiles, the focus in niche segments and the strong demand for batteries from the automotive sector.

Government support for the automotive industry
Automotive parts manufacturing and design in Bulgaria, especially for electronics, has been increasingly strong post the economic crisis in 2008, outlines the report. This is partly due to the fact that the Bulgarian government has been encouraging manufacturers of automotive parts and accessories to set up and expand their manufacturing plants in the country.

Their efforts were rewarded, because since the crisis the automotive manufacturing capacity in Bulgaria has expanded by about 85% and is likely to expand further. The industry is supported by government policies that favor investors in addition to the cheap skilled labor available in the country. All these factors combined increase the chances of Bulgaria emerging as a key supplier of automotive parts and accessories in the EU and the Middle East and thereby presenting potential growth opportunities for manufacturers.

Favorable conditions
Bulgaria has favorable economic conditions which have boosted foreign investors’ interest in the automotive electronics sector.
• The Bulgarian economy had a constant growth of above 6% in the period 2000-2008
• The economy stabilized in 2011 with GDP growth of 1,8% for 2011 and 0,8 % in 2012
• The budget deficit in Bulgaria is one of the lowest in Europe for 2012: -0,5е %
• There are no currency fluctuations due to a currency board, introduced in 1997 - the Bulgarian Lev is pegged at 1,95583 to the Euro
• Bulgaria has the lowest government debt to GDP ratio in the EU27 in 2012
Source: Invest Bulgaria Agency

Automotive growth
The automotive industry in Bulgaria is expected to grow steadily at a compound annual growth rate close to 4% over the period 2016-2020, Technavio’s paper predicts. Many reasons for this development are pointed out - for example, automobile registrations have been increasing in Bulgaria, with about 130,000 units registered in 2014, and a rise in the number of on-road automobiles directly influences aftermarket sales.

Factors such as the increasing sales of imported automobiles and longer lifespan of automobiles in Bulgaria will lead to an augmented demand for automotive parts and accessories in Bulgaria. The use of automobiles for long periods influences consumers to increase their spending on automobiles, which is expected to create new opportunities for automobile manufacturers in the coming years.

Still, probably the most significant trend that is expected to propel this market’s further growth prospects is the increasing adoption of electronic devices in automobiles. A desire to differentiate their products has led automobile manufacturers to incorporate several electronic components in the vehicles. In addition to that, consumers also prefer automobiles incorporated with advanced electronics and devices, such as infotainment systems and active and passive safety systems, which is envisaged to aid in this market’s growth during the predicted period.

Key manufacturers in the market also provide technical support sought by non-residential end-users at the time of purchase. The competition is moderate in the market, with the key manufacturers focusing on the development and introduction of technologically advanced products. In the current issue of South-East European Industrial Market, we have assembled a market overview with some of the most prominent manufacturers and designers of automotive electronics and electrical systems for vehicles.