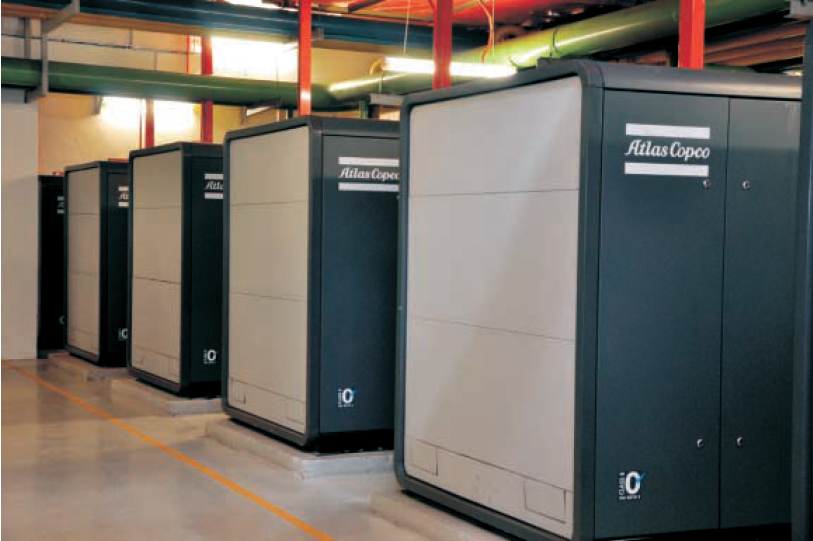 Atlas Copco has agreed to acquire the Ekomak Group, a Turkish manufacturer of industrial screw compressors, strengthening its market position in the region. Ekomak has a strong domestic position in industries such as metal works, textile and manufacturing.

Ekomak was established in 1992 and has around 160 employees. It is privately owned and had revenues in the last 12 months of approximately MEUR 23 (MSEK 200). The company develops, produces and sells stationary, oil-injected screw compressors, including variable frequency drive options.

Headquartered in Istanbul with manufacturing in Edirne, Turkey, Ekomak also has its own sales and service operations in Russia and Germany and a network of distributors for other countries.

"By acquiring Ekomak, we will further expand and strengthen our presence in Turkey and Russia. Ekomak is a well-established brand within its segments and markets. It has a strong potential for further growth and is a good complement to our existing offering," says Stephan Kuhn, Business Area President for Compressor Technique.

Ekomak will be part of the Industrial Air division within Compressor Technique. The acquisition is expected to be closed during the third quarter of 2012.

Atlas Copco is an industrial group with world-leading positions in compressors, expanders and air treatment systems, construction and mining equipment, power tools and assembly systems. With innovative products and services, Atlas Copco delivers solutions for sustainable productivity. The company was founded in 1873, is based in Stockholm, Sweden, and has a global reach spanning more than 170 countries. In 2011, Atlas Copco had 37 500 employees and revenues of BSEK 81(BEUR 9).

Earlier this year Atlas Copco opened its expanded plant in Ruse, Bulgaria. The investment is EUR 3.8 million. The company is manufacturer of construction and assembly machinery and equipment, drills, compressors, generators, mining equipment and other. Bulgarian company name is Atlas Copco Lifton". At the beginning of last year it became clear that the company is closing one of its plants in Sweden and expanding its production here.

"I am extremely pleased with the achieved results of the Bulgarian subsidiary, as well as workers’ skills and their ability to adapt quickly to changing work environment," said Henk Brouwer, president of the division "Construction Tools" at the opening of the extension in Ruse.

Atlas Copco enter Bulgaria in 2005 when the Swedes gained Ruse plant for hydraulic drilling equipment "Lifton Bulgaria" from previous owner - British Lifton, who in 1994 bought the former company "Hidroprobivna Tehnika". By 2008, the local representative of the group was already a top seller for the Balkans, over 90% of production is exported to European markets, USA and China. Meanwhile the company opened an office in Sofia, which deals exclusively with the sale of Group products.