Another oil port in Porto Romano 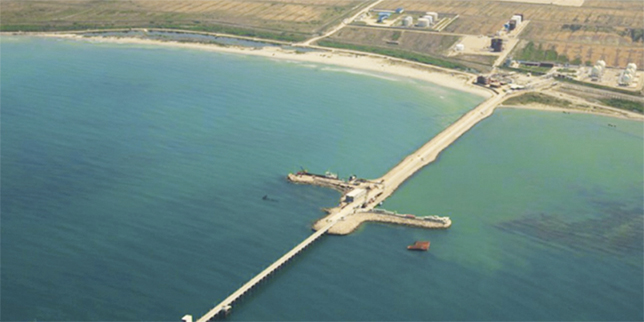 The Albanian National Council of Territory has approved the building of an oil port within the Romano Port of the town Durres. The so-called MBM Port will be set up based on a concession contract in the form of BOT (building, operation and transfer of ownership and operation right at the end of the concession agreement).

The contract will have a duration of 35 years and an initial investment of about 10,2 million dollars. 40% of the value is expected to be added in the final phase. The purpose of the investment is related to the limited processing capacities, especially for hydrocarbons products, which are further emphasized by the low depth of Albanian ports.

The investment is expected to lower the local oil prices due to lower transport fees and better refinery prices. Also the overall expectations are directed towards a positive impact over Albanian economy, turning it into an oil supply hub for the region.

Nowadays, the local infrastructure of terminals is limited to anchor ships with a capacity larger than 20 000 tonnes. In order to overcome this limitation, the project envisages the realization in a short run of a 18-20 meters deep mooring anchorage port, which will enable the reception of ships of high capacity. This investment is expected to increase the fuels imports and exports up to 1 million tonnes per year, 40% of which for export. Additionally, it will increase the utilization of storage capacities concentrated in Porto Romano, which are currently used at only 60%.