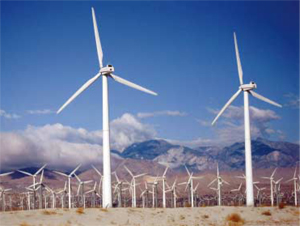 Nexans will increase the wind power potential in Romania

Co-operation for wind farm projects in Bulgaria and Turkey

The Bosnia and Herzegovina’s Ministry of Industry, Energy and Mining and the company Elektroprivreda RS signed a concession agreement for the construction of wind farm ”Hrgud” in the Berkovici municipality for a period of 50 years. The project is planned to be implemented over the next few years. The facility will comprise 16 wind turbines with total installed capacity of 48 MW. Its total value is approximately 65 million euro.

The project will be funded with 60 million euro loan from a German bank. Elektroprivreda RS will cover the rest of the expenses. A concession to build a wind farm at Trusina in the municipality of Nevesinje has been granted previously to the company ”Eol Prvi” that would be technically completed in 2018, local media reported.

The German Development Bank provided a 600,000 euro financial package in 2012, with which the research on wind characteristics in five promising locations in Herzegovina was launched.