A modern mechanical biological treatment plant to be constructed in Turkey 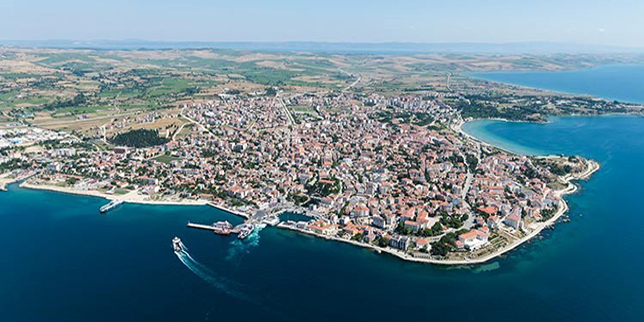 The European Bank for Reconstruction and Development (EBRD) provides a 9-million euro loan (TRY 57,5 million) for the development of a modern, efficient and sustainable waste management under a private-public partnership scheme in the Turkish province Canakkale. The administrative division has a strong population of 200 000 people.

The project includes the construction of a mechanical biological treatment plant which combines a sorting facility with biological treatment such as composting and producing energy from waste. The financing will also be spent on the refurbishing of a landfill and the upgrade of a plant that treats the water-polluting liquid leachate.
The initiative will help reduce the amount of solid waste sent to landfill, extend the landfill lifetime by 20 years and increase waste recycling, in line with EU standards, EBRD further informs. “The new approach is based on circular economy and will minimize the negative effects of waste on the environment and people”, the Bank adds.

EBRD funds innovations in SMEs across Bulgaria and Romania

The Canakkale province, located on the Dardanelles Strait connecting the Sea of Marmara and the Aegean, is where ancient Troy was situated. The EBRD loan is to be extended to a local venture between the French utility SUEZ Group and the Turkish waste management firm ALTAS. The consortium has won an international tender to provide waste collection, transportation, recycling and disposal services under 29-year concession in five towns: Canakkale, Lapseki, Kepez, Cardak and Umurbey. The two companies are contributing TRY 38,3 million of its own funds to the project.

“At the EBRD we are strong supporters of public-private partnerships as an effective tool to deliver better services. Together with our partners from SUEZ we aim to demonstrate how effective waste management by private companies can benefit people and the environment”, Nandita Parshad, EBRD Managing Director for Sustainable Infrastructure, said during a visit to Turkey.

SUEZ employs over 90 000 people on five continents and is among the world leaders in providing water and waste management solutions. “The Group recovers 17 million tons of waste a year, produces 3,9 million tons of secondary raw materials and 7 TWh of local renewable energy. It also secures water resources and wastewater treatment”, EBRD said in a press release. In 2018 SUEZ generated total revenues of EUR 17,3 billion.

ALTAS is a provider of solid waste management services in the Turkish cities of Izmir, Istanbul, Ankara and Mersin and also has operations in Beirut - the capital of Lebanon.
“The EBRD is a leading institutional investor in Turkey and has invested over EUR 11 billion in 283 projects in the country since 2009. The overwhelming majority of EBRD investments in Turkey are in the private sector. One half of the Bank’s portfolio in Turkey constitutes investments that promote sustainable energy and resource use”, EBRD’s website summarizes.