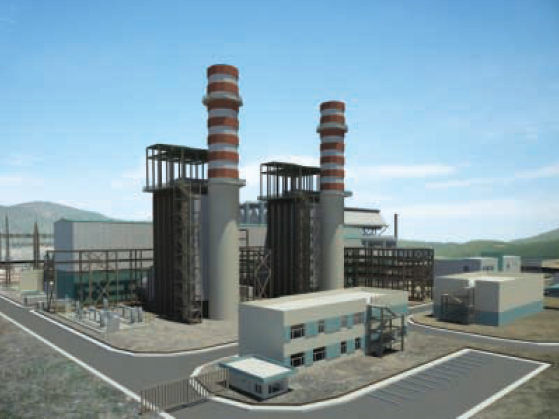 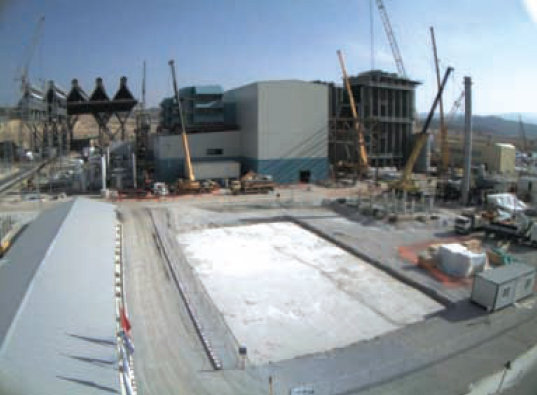 The plant will run at full capacity throughout the year

RWE together with Turcas intends to build and operate a combined cycle gas power plant with an installed capacity of approximately 800 MW. The natural gas-fired combined-cycle power plant will be built in the Kaklik Municipality of the Honaz district in the Denizli province of Turkey. The 500 million Euro project broke ground in April 2011 and is scheduled to become operational by the end of 2012. It aims to meet the increasing demand for energy in the Denizli province. The power generated by the plant will account for 2% of the total electricity production of Turkey.

RWE holds a 70% stake in the project and will operate the plant. The remaining 30% is held by Turcas Guney Elektrik Uretim (Turcas).

The project was originally planned by E.ON & Turcas, a joint venture company between E.ON and Turkas. E.ON sold its stake in the project to RWE in March 2009. The company was subsequently renamed as RWE & Turcas. The project permits and permissions, which were issued in the name of E.ON, hold valid for RWE & Turcas as well. The plant will operate for 25 years under the General License issued in April 2009 by Enerji Piyasasi Duzenleme Kurumu (EPDK), the energy market regulatory authority of Turkey. The license is valid for 49 years.
The transmission lines and the natural gas lines do not form part of the power project. The state-owned Turkish Electricity Transmission Company TEIAS will lay the transmission lines, with prefinancing support from RWE & Turcas. The amount will be reimbursed by TEIAS during the operational period of the plant.

The plant is being constructed on a 26.7ha site. Due to limited space, the power plant will be constructed on a 300mx300m area. The other facilities that will be built at the site include a high voltage switchyard with transformers and distribution systems, a laboratory for testing lubricants and wastewater quality, storage tanks for de-mineralised water, a natural gas receiving station and the central control room.

RWE is responsible for the design, construction and operation of the plant. Metka, a Greek power plant builder, is building the plant on a turn-key basis. "RWE holds a 70% stake in the project and will operate the plant. The other 30% is held by Turcas Guney Elektrik Uretim."

The corresponding engineering, procurement and construction (EPC) contract was awarded in October 2009. All the major components, such as the gas turbines, steam turbine and the air-cooled condensers are being manufactured and supplied by Siemens under a EUR 110m subcontract from Metka.

The power plant is designed-based on multishaft technology and will operate at a 57% efficiency level. It will consist of two SGT5- 4000F gas turbines, two heat recovery steam generators (HRSG) and one SST5-5000 steam turbine.

The HRSGs will have vertical gas passage due to space limitations. The steam from both the HRSGs will serve the main steam turbine. A supplementary firing system will be installed to generate additional heat. Three SGen5-1000A air cooled condensers (ACC) will be used at the power plant for cooling purposes. The air will be cooled at an average cooling capacity of 450MW and will be installed in 95mx50m area. The cool air will flow at an average rate of 22,000m3 a second.

The Siemens SPPA-T3000 power plant automation system will be installed for instrumentation and controlling purposes.

As a water saving measure, a condensate polishing plant will be installed to separate the dissolved solids from the main condensate so that the condensate can be reused.
The power plant will be connected to the national grid through two 380kV, 13km long, parallel transmission lines between the Denizli and Afyon substations. A third 18km long and 380kV transmission line will connect the power plant and the new substation at Denizli.