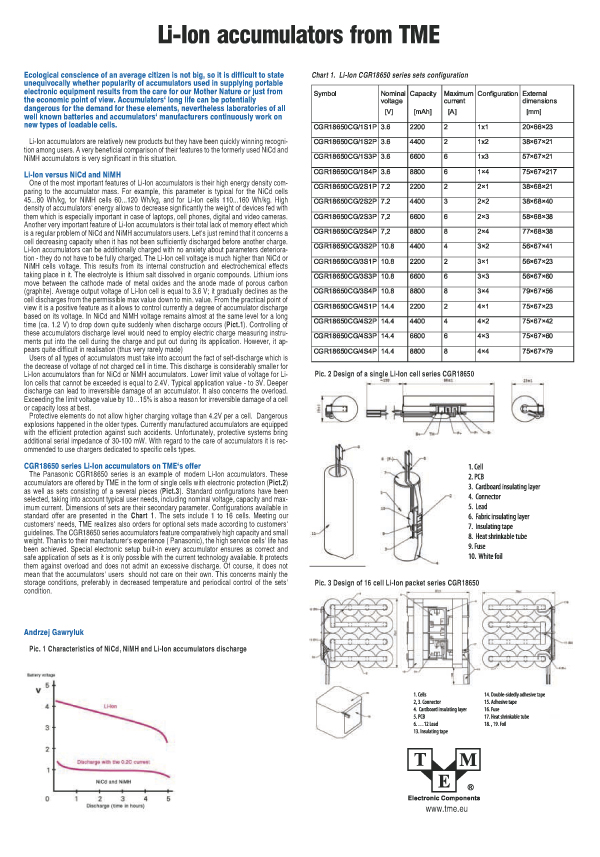 Ecological conscience of an average citizen is not big, so it is difficult to state unequivocally whether popularity of accumulators used in supplying portable electronic equipment results from the care for our Mother Nature or just from the economic point of view. Accumulators’ long life can be potentially dangerous for the demand for these elements, nevertheless laboratories of all well known batteries and accumulators’ manufacturers continuously work on new types of loadable cells.

Li-Ion accumulators are relatively new products but they have been quickly winning recognition among users. A very beneficial comparison of their features to the formerly used NiCd and NiMH accumulators is very significant in this situation.

Li-Ion versus NiCd and NiMH

One of the most important features of Li-Ion accumulators is their high energy density comparing to the accumulator mass. For example, this parameter is typical for the NiCd cells 45...80 Wh/kg, for NiMH cells 60...120 Wh/kg, and for Li-Ion cells 110...160 Wh/kg. High density of accumulators’ energy allows to decrease significantly the weight of devices fed with them which is especially important in case of laptops, cell phones, digital and video cameras. Another very important feature of Li-Ion accumulators is their total lack of memory effect which is a regular problem of NiCd and NiMH accumulators users. Let’s just remind that it concerns a cell decreasing capacity when it has not been sufficiently discharged before another charge. Li-Ion accumulators can be additionally charged with no anxiety about parameters deterioration - they do not have to be fully charged. The Li-Ion cell voltage is much higher than NiCd or NiMH cells voltage. This results from its internal construction and electrochemical effects taking place in it. The electrolyte is lithium salt dissolved in organic compounds. Lithium ions move between the cathode made of metal oxides and the anode made of porous carbon (graphite). Average output voltage of Li-Ion cell is equal to 3.6 V; it gradually declines as the cell discharges from the permissible max value down to min. value. From the practical point of view it is a positive feature as it allows to control currently a degree of accumulator discharge based on its voltage. In NiCd and NiMH voltage remains almost at the same level for a long time (ca. 1.2 V) to drop down quite suddenly when discharge occurs (Pict.1). Controlling of these accumulators discharge level would need to employ electric charge measuring instruments put into the cell during the charge and put out during its application. However, it appears quite difficult in realisation (thus very rarely made)

Users of all types of accumulators must take into account the fact of self-discharge which is the decrease of voltage of not charged cell in time. This discharge is considerably smaller for Li-Ion accumulators than for NiCd or NiMH accumulators. Lower limit value of voltage for Li-Ion cells that cannot be exceeded is equal to 2.4V. Typical application value - to 3V. Deeper discharge can lead to irreversible damage of an accumulator. It also concerns the overload. Exceeding the limit voltage value by 10…15% is also a reason for irreversible damage of a cell or capacity loss at best.

Protective elements do not allow higher charging voltage than 4.2V per a cell. Dangerous explosions happened in the older types. Currently manufactured accumulators are equipped with the efficient protection against such accidents. Unfortunately, protective systems bring additional serial impedance of 30-100 mW. With regard to the care of accumulators it is recommended to use chargers dedicated to specific cells types.

The Panasonic CGR18650 series is an example of modern Li-Ion accumulators. These accumulators are offered by TME in the form of single cells with electronic protection (Pict.2) as well as sets consisting of a several pieces (Pict.3). Standard configurations have been selected, taking into account typical user needs, including nominal voltage, capacity and maximum current. Dimensions of sets are their secondary parameter. Configurations available in standard offer are presented in the Chart 1. The sets include 1 to 16 cells. Meeting our customers’ needs, TME realizes also orders for optional sets made according to customers’ guidelines. The CGR18650 series accumulators feature comparatively high capacity and small weight. Thanks to their manufacturer’s experience ( Panasonic), the high service cells’ life has been achieved. Special electronic setup built-in every accumulator ensures as correct and safe application of sets as it is only possible with the current technology available. It protects them against overload and does not admit an excessive discharge. Of course, it does not mean that the accumulators’ users should not care on their own. This concerns mainly the storage conditions, preferably in decreased temperature and periodical control of the sets’ condition. 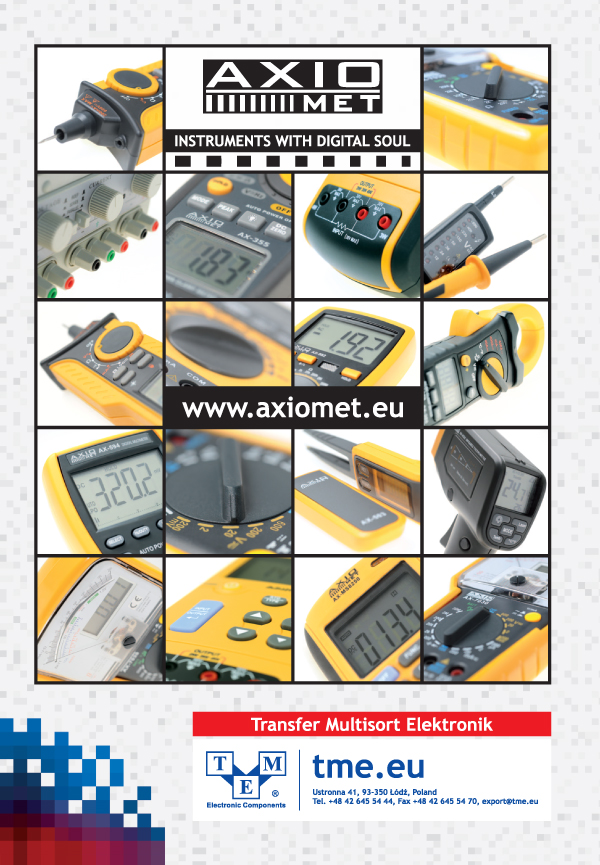 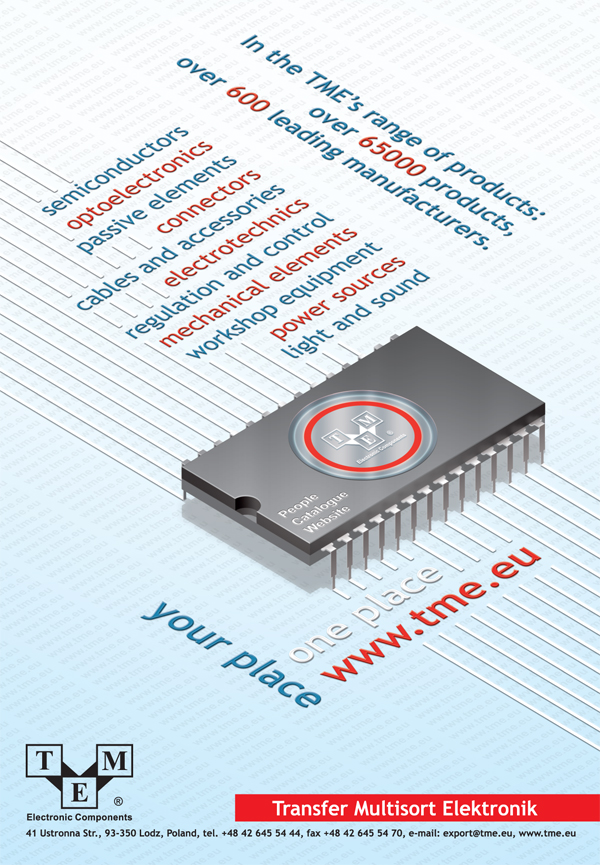